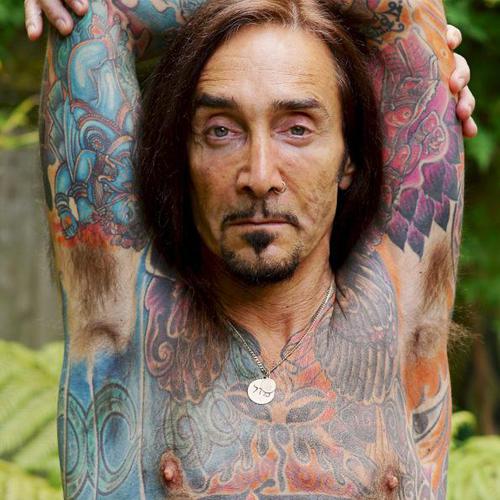 Talks covered by this speaker

ZenAF Chat with David Sye, The Bad Boy Of Yoga

Have you got yours yet?

If you want on-going access to these classes, talks and workshops after the festival weekend, be sure to grab your Unlimited pass today!

David is of Russian descent, the son of a scientist mother and an international Artiste/Performer father, Frankie Vaughan. ​ He began his practice of Yogaas a direct result of suffering from ulcerative colitis anda spastic colon. He discovered Tibetan healers and worked with them, and their healing practices saw that on his return doctors were unable to find the tumours. He felt better than he could ever remember, and this completely changed the course of his life. From then on yoga became his life’s focus. ​ A rich and varied history.. ​ In 1990 he moved to Yugoslavia to work as a Radio journalist on a non-political radio station, whilst also teaching Yoga to classes in Belgrade. Circumstances conspired to the point where he found himself caught up in the middle of the Bosnian war. This resulted in the emergence of his own unique practice….YOGABEATS, a style of Yoga, born out of an environment where the possibilities of death and (the stress of this) were always close at hand. He used music to drown out the sound of the conflict, both “overt” and “covert”. ​ On his return it took some perseverance before the British Yoga community started to appreciate and accept his radical approach to Yoga. Initially in the media they called him the bad boy of yoga, and that he had destroyed 5000 years of yoga tradition, these same groups now invite him to teach across the UK. In 1997 he met his late teacher Clara Buck, and studied with her to the end of her life in 2004. She was a student of Krishnamacharya, BKS Iyengar, and a close friend of Vanda Scaravelli, some of he students include Angela Farmer and Shandor Remete. ​ A dedication to using yoga for peace ​ David’s Past projects include his groundbreaking “urban” Yogabeats work, notably with Glasgow street youth in the infamous Easter house district – alongside his work with the International Group ‘Youth at Risk’, an extraordinary and effective combination of Yogabeats working in tandem with psychologists and social workers. He is also internationally known for his work with Palestinians in the West Bank which began in 2004, and was responsible for bringing together for the first time, both sides of this Middle East conflict for a Yoga class in 2006, “without which” as David says, ” a single politician or member of the U.N. was needed to be present. It was just pure humanity inspired by the ancient practice of Yoga. David’s YOGA BEATS CONFLICT fund was born in 2011, and the work continues today with further meetings between the Palestinians and Israelis, and the Yogabeats Foundation Teacher training project in Palestine, thanks to very generous donations from the public in the UK and abroad. ​ The hear and now ​ David’s life is now divided by an extremely intensive global teaching schedule, with future projects being planned in Italy and Canada. His passion and excitement for his work arises out of the fact that what is being created here through the Yogabeats practice is not only a model for transformation through yoga, but a system where men and women are given the tools to maintain the transformation, so they can go on to realise their life’s full potentiality taking the techniques out to their communities. The implications for peace and transformation worldwide are all to obvious! ​ His work in the Community at home and Internationally is developing a life of its own, and is now recognised and acknowledged by peace makers, and at governmental level. Yoga Beats Conflict is supported by His Holiness The Dhalai Lama

Your logo could go here!

If you'd like to get your brand in front of attendees following the categories this speaker is talking about (on this page, via email and during each talk) contact us.
We use cookies This website (and some of its third-party tools) use cookies. These are important as they allow us to deliver an exceptional experience whilst browsing the site. Learn more about our cookie policy. By closing this banner, scrolling, clicking a link or continuing to browse, you agree to the use of cookies. Accept
I need help
No I need help
No I need help